Trang chủ Tin tức - Sự kiện Food Security and Energy development in Viet Nam (An ninh lương thực...
Share
Facebook
Twitter
Google+
Pinterest
WhatsApp
FOOD SECURITY HAS BEEN RECOGNIZED as an important dimension of ‘development’ in Vietnam since at least 2002, when it was formally included in the national policy framework.
Since the mid-1980s, Vietnam has shifted f-rom a fundamentally agricultural economy to a multi-sector-based one, propelled by a policy of promoting industrialization and modernization more generally. The contribution to the GDP of industry and the service sector has reached 41% and 38% respectively, while the share of agriculture has been reduced to 21% of total GDP (GSO, 2010). The rapid industrialization and modernization process in Vietnam has caused a high and rapidly increasing demand for energy, especially for electricity. As a result, a range of policies and initiatives have been put into practice in order to secure the energy needs for development, including hyd-ropower, nuclear energy, fossil fuel-based energy (coal, gas, oil), wind power, and also imports f-rom neighbouring countries. In an attempt to limit the rapidly rising bill for fossil fuel imports, the exploitation of the hyd-ropower potential of the country’s mountainous interior has received special attention in recent years. Currently, hyd-ropower is the major source of energy for the country, accounting for more than 37% of the total energy supply (Ministry of Industry and Trade, 2010). Hyd-ropower dam construction, however, requires land to be converted into reservoirs, forcing the aﬀ ected rural communities to move out of their homes and surrender their lands. Even before 1990, more than 120 thousand people were displaced due to the construction of the Thac Ba hyd-ropower dam and approximately 90 thousand persons were displaced by the Hoa Binh hyd-ropower project. In the mid-1990s, 60 thousand people and more than 24 thousand persons have been displaced respectively for the Ham Thuan – Da Mi and Yali hyd-ropower dams. In the late-1990s, the number of hyd-ropower dams increased threefold, with 400 thousand people being relocated. Between 1995 and 2009, Vietnam constructed over 20 large-scale hyd-ropower dams (with capacity stations exceeding 100 MW), converting 80 thousand hectares into reservoirs and aﬀ ecting 49 thousand households. As an example, construction of the Son La hyd-ropower dam required the relocation of over 90 thousand people f-rom 160 settlements in 17 communes and 3 provinces. This paper looks at the food security of such relocated communities before and after displacement due to hyd-ropower dam construction. Data are drawn f-rom our ongoing research on the impact of the Binh Dien hyd-ropower project in Thua Thien Hue province, which considers three main aspects of food security, i.e. food availability, adequacy, and access to food by means of household surveys, interviews, focus group discussions and review of existing documentation. 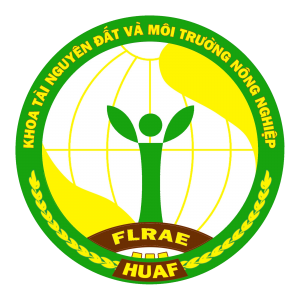